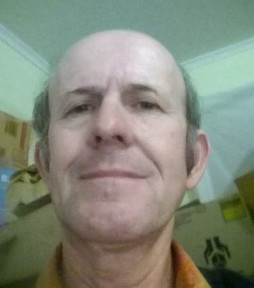 I started learning piano when I was about 8 then switched to violin when I was at high school. At high school (Golden Square in Bendigo and Belmont in Geelong, Vic.) I played violin in string groups and orchestras and went to Music Camps in Melbourne. At age 15 I won the Eileen Stainkamph Memorial Prize from the University of Melbourne School of Music for A.M.E.B. Grade 5 Piano and Harmony. I studied piano practical and music theory at HSC in Geelong.

From April 2021, I did a music performance on violin (folk music) and piano (classical and pop) in aged care facility in Caboolture. I do not perform or sing rock music.

In June 2018, I called and played fiddle for 2 bush dances from The Bushwackers for a birthday party in Carseldine via Airtasker gig.

In March 2017, I played fiddle for St Patricks Day for an aged care facility in Holland Park.

In March due to COVID-19, we now performance broadcasts via Skype, Zoom or Facebook Messenger and Webcam.

I gave music away for a few years while I was studying at university only playing at church but when I moved to Sydney in 1988 I contacted Ross Hansen at St Matthias Anglican. When the RooRythmics Bush Band needed a violinist they contacted me.

I also played violin and sang in the Waverley Randwick Philharmonic Society Inc. (now called Eastern Sydney Chamber Orchestra and Choir - this is their new site, not mine) - a community orchestra and choir in Sydney's Eastern Suburbs, of which I was President from 1996 to 1998. I am now Life Member and Friend and maintained their old Web site from 1996-2015.

From 1989-2000, I was a member of the Amateur Chamber Music Society Inc in Sydney and played in string quartets and trios on their playing days. In 1999, I helped start a regional part of this group in Western Sydney and the Blue Mountains meeting in Glenbrook.

I used to play violin in the 7pm congregation in two congregations: Wesley Mission for Gordon Moyes (who died in 4/2015) (archive) and St Johns Anglican Parramatta.

In December 1997, I played as guest violinist in the Dirranbandi Bush Band in Sydney.

From 1998-2001, I played with the Macarthur Sounds folk band based in Campbelltown then Canowindra. With them I have played at St Marys Leagues Club for a big gala day and at Green Valley Plaza, Liverpool for Australia Day. Early in 2000 at Tribal Records, we produced MP3 demo tracks which will be launched on CD in February 2006 with APRA certification. 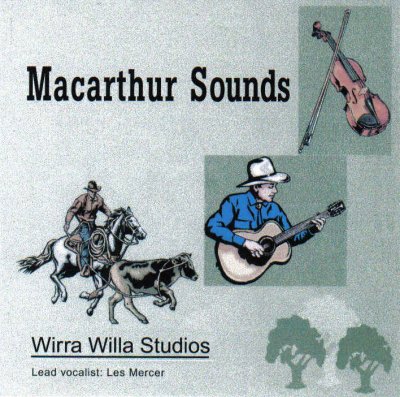 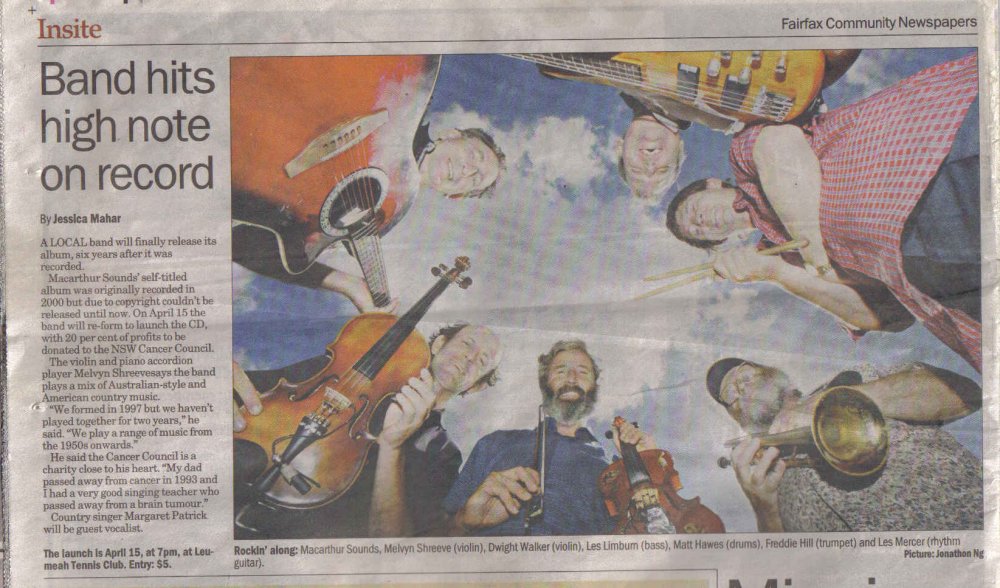 We also played at the Olympic Torch Relay in 2000 and a Westmead Children's Hospital fund-raiser in 2001.

Macarthur Sounds put on a musical called "The Colonial Minstrel" in The Independent Theatre, North Sydney end of 2001. They wrote the script themselves. It was quite a success. It was about a travelling minstrel in the Australian colonies in the 1800s before Federation - it included quite a few stories and yarns from long ago that had not been heard before. I didn't perform in the Colonial Minstrel.

Since 2003, Macarthur Sounds has run a small sheep station in Canowindra 30km southwest of Orange (100km by road) with plans for tours and folk dancing out on the farm. Melvyn Shreeve, the operator of Macarthur Sounds, also gives violin lessons in Sydney and Central West NSW.

We played in a Ben Hall bushranger event at the Royal Hotel, Canowindra, NSW on 14/10/06 as part of Canowindra Spring Fest (similar in 2003). Many came up from Sydney and I came over via Countrylink from Orange and stayed the night and enjoyed the local scene. Canowindra is a very friendly little town 1 hour west of Orange NSW, part of the Central West's rolling hills. Canowindra also has the Age of Fishes Museum with fossil fish on display found nearby at Goolagong! As of October 2006, Macarthur Sounds now has a new drummer and lead singer. There are also vineyards, art and restaurants in Canowindra - see Taste Canowindra.

In September 2008, Melvyn had a video commissioned by a UWS student to market Macarthur Sounds. Unfortunately I could not make the shoot near Central Station, Sydney.

In July 2016, I learned via this daughter that Melvyn Shreeve had been put in nursing home in Carlingford NSW due to ill health and that he had lost his Canowindra farm and violin, rather a sad ending.

In October 2016, a band member of Macarthur Sounds, Les Limburn from Campbelltown NSW, rang me up in Caboolture, quite a surprise and most welcome after 15 years!

In December 2020, a band member of Macarthur Sounds, Les Limburn from Campbelltown NSW, sent me a Christmas card and I rang him up and found out Melvyn Shreeve, our band leader, had died in Sydney in March 2020.

In 1999, I joined the Holroyd City Council Arts Advisory Committee to promote the arts in the Western Suburbs of Sydney. Already I have played in several gigs as a solo bush fiddler or with Mick Gallagher's band the Bushrockers including several gigs on Australia Day 2000.

In 1999, I played violin in the pit orchestra for Holroyd Musical and Dramatic Society production of Rodger and Hammerstein's Carousel at Merrylands High School Hall. This was the first musical I've played in.

In July 2002, I moved to Orange (250km west of Sydney) where I have played in the Orange Town and Country Music Club and Ten Penny Bit Bush Band.

From April 2008 onwards, I am travelling around NSW, ACT and Queensland with Orange as a base. This is due to the credit crunch drying up all work for small businesses like mine.

Starting in February 2007, I have started doing gigs again in the Orange area with Ten Penny Bit including Oberon and Lake Burrendong via Wellington NSW. This is welcome relief after a long dry spell in Orange where no music was played due to work commitments. The last time was back in early 2003.

I got a copy of the Ridgecrest newsletter - it has a reference to our Young Farmers gig back in Feb!

'Congratulations to NSW Young Farmer of the Year - Stuart Blake of Walcha - from the Ridgecrest Young Farmers Camp' - which I was at for the bush dance with Ten Penny Bit.

Ridgecrest is run by the Western District Baptist Association of Churches (Western NSW).

2 students from CSU Bathurst came around to my house in July 2007 and interviewed me re Ten Penny Bit and bush bands in general. Their interview will be broadcast in December 2007 on Community Radio 2MCE (Bathurst and Orange).

I left the band in October 2007 because I guess I am from a big city and country life can be very hard to bear at times - the slow pace of change.

This leaving of the band in Orange was unfortunate for me as a friend in Wellington NSW was planning on a community gig in 2008 but because I left it fell through. Sometimes drastic moves stuff things up! 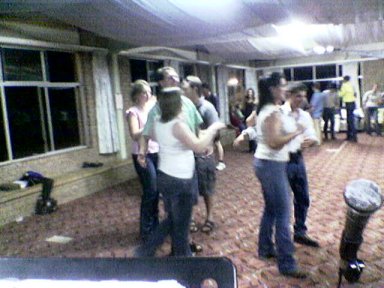 In January 2008, I move back to Brisbane for 3 months then travel around NSW and Canberra for 6 months doing research on aboriginal missions for a book by my father. This fell through in October 2008 so I continued in NSW but could not get printed due to copyright and printer problems by November 2010 so still trying!

In January 2009, I go solo and get a permit from Orange City Council and start busking violin outside Scottys on Summer near the National Australia Bank and find a violin student and start teaching violin in April-June 2009.

In August and December I played at Fusion's Bowen Winterfest and December Fest. There are heaps of aboriginals children here and I think my violin was a big hit and helped them tap into the community rather than act out. Aboriginals are very creative especially with song, dance and music so I pray my violin will lead them to the Lord and a change in attitude to their future - not thieving but positive.

In November 2011, I started teaching 2 new violin students in Orange, one still continues till May 2012.

In December 2018, I busked in Adelaide and eventually did very well.

In December 2018, I busked in Castlemaine and Bendigo and did very well.

In June/July 2009, I busked in Castlemaine and Melbourne CBD and did very well! It is free to busk in these cities. Melbourne had a free permit.

In September 2009, I went to Canberra and busked in the Tilt Busking Festival for 2 weeks. I then busked for the next 6 weeks, 2 months total. While there I did a Website Beyond Q (which has since closed in 2020 when shop shut due to COVID-19) where I played violin from October 2009. I returned in January 2010 and several times throughout 2010 to busk and played in the Uniting Church.

I have visited Sydney in November and December 2009 and busked there for a week or a day then the costs get too much so I go to Orange or Canberra. Haymarket was best. I got a permit at Town Hall.

In April-May 2010, I taught a violin student in Canberra I met while busking.

In July-August 2010 I camped in Cootamundra and busked for 1 week, a most enjoyable time! People were very friendly and busking went very well. I met 3 people interested in getting me to play in their vineyard or bush band in the area. A person from Jugiong NSW asked me to play in 26 September 2010 at Walk of Wonders (similar in 2015) but I couldn't make it so busked in Floriade in Canberra instead. The Uniting Church Choir was also fun. I did this instead of going straight to Canberra. Cootamundra is on the Sydney-Melbourne train line so I caught the XPT to Sydney and got there overnight in 5 hours. The weather is warmer than Orange in Cootamundra making camping much more enjoyable. Everything is cheap there so I bought a few items I needed at bargain prices as I could afford them there, quite a blessing!

In November 2010, I busked at the opening of Molong Museum and found out about the Central NSW Museums (Orange, Blayney, Cabonne Councils). I met the president in Orange when I was busking so music led to many important and interesting connections for me in the area!

In April 2011, I busked at Coorparoo, Carina and Stones Corner in Brisbane but struggled to make enough money. In October 2011 I busked with permit at South Bank which has a great cultural vibe from way back in Expo 88 days onwards.

In June-July 2012, I busked at Dubbo CBD quite successfully, the best in Australia! I stayed nearby in a caravan park. Dubbo people are very friendly and open. I loved visiting Dubbo.

Busking and Teaching Violin and Piano in Brisbane

From May 2018, I busked in Caboolture for a few months till I gave up as smokers wouldn't stop smoking near where I was busking and I didn't want to get lung cancer through passive smoking.

The car I used was written off in Morayfield in August 2019 so I lost violin and piano students from that in Caboolture area from then on as I could not travel to outlying areas like Upper Caboolture, Wamuran, Ningi and Elimbah and they would not learn online and I could not teach at my home.

From February 2020, I stopped busking in Brisbane CBD as income fell off so it was unviable (wouldn't pay for train fare) due to Coronavirus blocking all Chinese tourists who were my main support as they appreciate the arts and are wealthy. Brisbane is a cultural wasteland so impossible to survive as a busker with only Australians supporting me in Brisbane as they are so mean.

In March 2020, my violin fell apart as it wore out with so many years of busking so I used my father's violin to teach but it is too good for busking so that is end of busking till I get my own violin repaired or replaced which is quite expensive so very hard to achieve but will be one day since COVID-19 changed a lot of things.

From March 2020, I tried to get violin and piano students to learn over internet but no-one would start.